In the last year of the 8x, Apple had a good customer base, and they have successfully moved from the Apple II series to the original Mac, so it  was time to  think in the executive people that were moving from some place to other, so they launched their first "Portable" computer.


This "ancestor" of the Ipad weight about 7Kg, so it was not  usual to see people using it in the airports to read their  emails ;-) (FaceBook was not invented so people don't use this computer to updade their profile ;-) 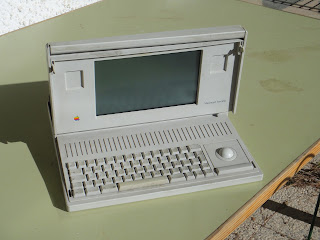 Internally this Mac has a lead-acid battery , that unfortunately in this model is not woking... 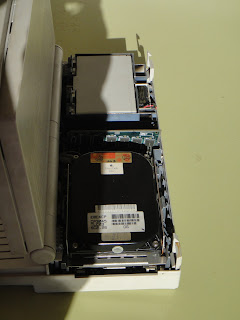 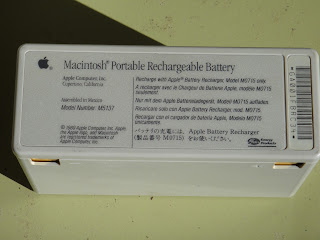 But we are looking for a replacement, it would be nice to see which documents and presentations has this Mac inside ;-)
Posted by Paco at 18:25