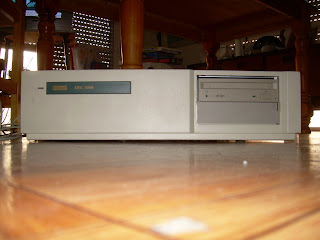 This old 64 bit system (according to Wikipedia , this models were build from 1992 to 1995), has been donated by a Spanish University.

This machines were the FIRST with a 64 bit processor (Alpha), from DIGITAL, later buy by compaq , now part of HP, nice world, Digital is one of the historic companies. and Unix was first develoved in a "PDP" series machine.

but in the ALPHA chip, you could also run OpenVMS (from Digital), most of the free Unix (*BSD, Linux) and also Windows NT for Alpha !!!

This machine has the following hardware configuration:

Interesting is that the machine can be opened very quickly: here is an image of the interior , see the FAN row , they don't produce any noise when running. 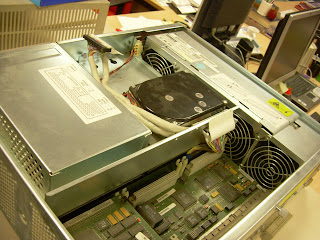 unscrewing two screws, the rest of the hardware is opened: 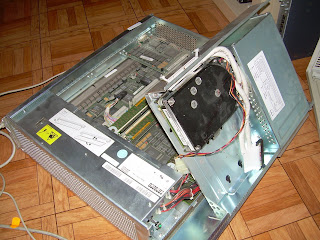 showing the memory banks and CPU and the three fan in a row. 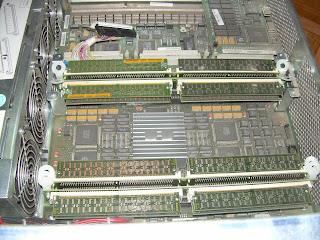 As usual with the Digital system, the console uses a "non standard" connector, named "MMJ", and need also a "MMJ to RJ45" cable named BN24J-07 , with and aditional adaptor from RJ45 to DB9 to be used for console, here you can see the rear part of the machine, with the ethernet connector (RJ45 and AUI), the ISDN and RJ11 (modem) connector and then the MMJ , Serial , Parallel and SCSI connector. 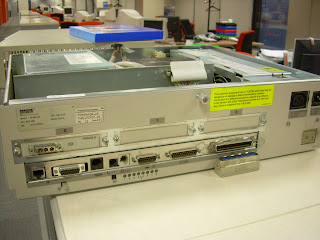 
This is a new addition to the Museum.