The computer that launches Apple to the fame was the famous now  apple II,  I'm not going to start here talking about this computer or company , mostly because there are a lot places in internet where you can find information about the model.

Those computers wheren't so frequents in the South of Spain because there were too expensive compared with the Sinclair/Amstrad and similar computers that most of the young people started in computers.

I was lucky to receive two computes when I started to collect old computers, full with floppy drive unit, extension cards (including a serial card and modem) and a lot of programs, I will try to boot again both computers soon, but first I need to find a old TV to connect the machines.

Both computers seems to work, at least the keyboard light works when both computers powers on , but I still need to test them again.

One of the curious thing is that one of the computers is not named "Apple", but it is branded "unitron",  but as you can see from the pictures both of them are equal, and in fact the floppy drives, extension card and so on are compatible.

Looking at http://www.museo8bits.com/unitronap.htm it seems that the unitron where clones made in Brazil, so it's interesting how the computers come to Spain. 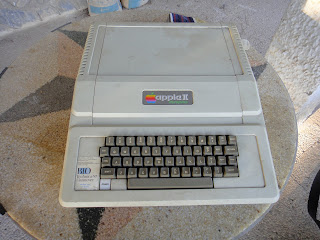 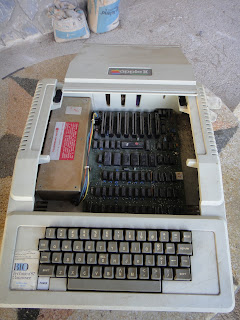 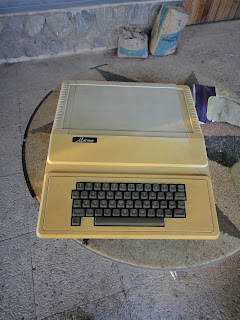 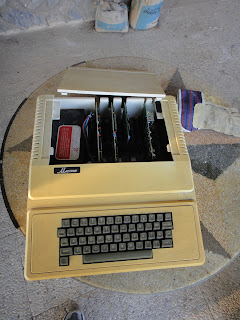 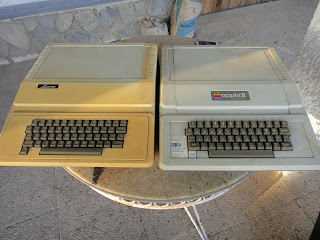 You wouldn't happen to have a picture of the Unitron's keyboard (outside the case) would you? Trying to figure out missing chips for mine.