In the beginning of the 198x, there was some consoles that perhaps weren't as popular as the newest ones., but some of them were quite amazing when you think about them now.

One of them was intellicovision, they use a ROM cartridge that must be plugged in the console to play the games. 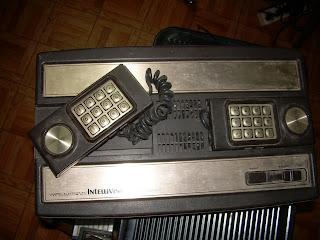 The hand-held controllers have not only the "joystick" (round button), but also 12 digits, and other buttons in the sides of the controllers , depending of the game those buttons are used for different purposes. 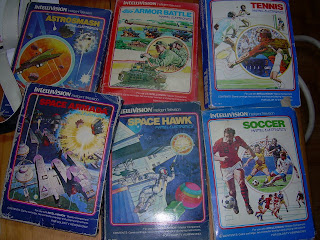 There were different games, from the typical shot-up (space invaders, space hawk, ...) to some sport games, like soccer or tennis .

This console was donated by Jesus Guillamon, a friend from Murcia, and still works : 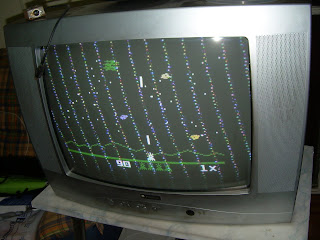 The screen seems to be quite snowy , perhaps the video chipset has been damaged after so much time, but still it's possible to play the games.
Posted by Paco at 20:02